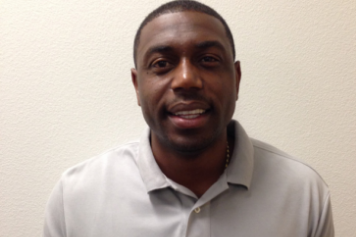 Jamarei Bryant is a Phoenix native with an extensive background in athletics. As an athlete, Bryant played football, basketball, and ran track. He was highly recruited at South Mountain High School as a football player. As a senior, he won the 100 meter dash, proving to be the fastest sprinter in the state of AZ. He also ranked as the 8th fastest sprinter in the nation in 1998, running a 10.4 in 100meters, a 21.18 in the 200m, and 4.28 in the 40 yard dash. After High school, Bryant spent two years at Phoenix Community College. His athleticism and world class allowed him to stand out on the football field and claim All-state and All-conference awards.

By the end of his career at Phoenix College, he earned a full scholarship to play football at the University of Kansas. As a Jayhawk, Bryant was an instrumental part of the defense and led the secondary in tackles his senior year. Following his two year stint at KU, he signed with the Buffalo Bills as a free agent. After a shoulder injury, he was sidelined and eventually retired from playing football. However, this injury did not keep him off the football field. Bryant became a football coach and volunteered at his Alma Mater as a student assistant. He worked with Charlie Weis and his coaching staff to scout other teams, develop defensive game plans, and conduct practice drills and workouts. After serving Kansas football for two seasons, Bryant returned to Arizona to spend time with his family and give back to his community.

He volunteered five years of his time and dedication to coach in the South Pop Warner football league. During his time with Pop Warner, he served as head coach and helped develop countless athletes into elite football players, responsible students, and respectful young men. Coach Bryant is a valued employee at Skyline Education and currently is the Athletic Director. He also serves as the behavioral interventionist and Head coach for Varsity football (2014 State Champions) at the South Phoenix campus. Jamarei Bryant is a great leader and a positive role model for our youth. He is a hard worker that is dedicated to making people better, helping those in need, and in serving his community.

“The easiest thing to do in life is quit. Life will surely get tough, you will be confronted with challenges, difficulties and hard times. Life may even seem to be unfair. Be Confident, Be Disciplined, and Be Brave. Tough times are only temporary. Fight through it, Be strong and Never give up because winners never quit and quitters never win.” – Jamerei Bryant